One of my best (but unfortunately shortest) investments

Count Financial (ASX:COU) is no longer a listed company on the ASX, but it was one of my best investments. I only wish that the investment could have lasted longer.

Until it was taken over by CBA in 2011, Count Financial was Australia’s largest independently-owned franchised network of financial planning/wealth accountants and advisors and had over $14 billion of client’s funds and loans under advice.

There were many great qualities about Count. First, it was a great franchise with consistently increasing revenues and profits combined with a long term track record of profitability stretching back to 1980. The below table from the 2010 annual report shows the EBIT and EPS trend over time. Earnings decreased in 2009 due to the effects of the global financial crisis (‘GFC’), however rebounded strongly 2010. By 2010, EPS was back to pre-GFC levels. 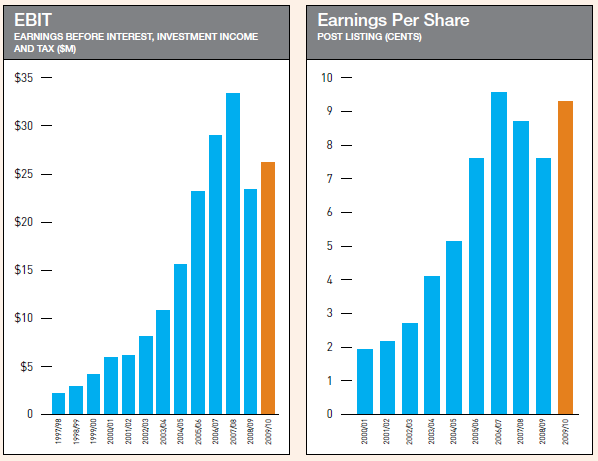 Second, the business had a passionate founder who started the business in 1980 and remained a key shareholder of the business almost 30 years later. The leadership of Barry Lambert has been nothing short of spectacular. Barry Lambert started Count as a side business whilst still working full-time and grew it from a small side business into a key player in the Australian financial services industry over 30 years. Barry’s outstanding impact on Count is a profound demonstration of how a founder can instill the heart required to consistently increase business profitability over the long term. Today, he remains a giant in the wealth management/advisory industry. 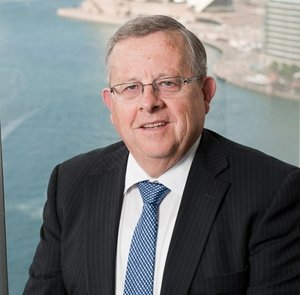 Third, Count had developed a strong brand and a unique way of connecting with its customers through technology that competitors found hard to challenge. Count provided software platforms for its franchisees to enable them to be more effective in servicing their clients. In addition, Count had a unique business model as it did not service the public directly. Instead, it established a network of franchisees consisting of accountants and financial advisors that serviced the public. Count provided background support to these franchisees. Count had a strong captive market – a network of accountants and financial advisors that used its software platforms to provide advice to a growing client base. Strong branding and its software platforms provided Count with robust barriers to entry to protect it from potential competitors.

Fourth, Count was operating in a growing and profitable wealth services industry. The wealth services industry was growing substantially as the wealth of Australians increased from the mining boom, the popularity of Self Managed Super Funds (SMSF) increased significantly, and the effect of the GFC was not yet widely felt. Australia’s economy came away relatively unscathed from the GFC and the stability of its financial industry was highly regarded globally.

Count’s share price had suffered a large decline during the GFC. From a high of $3.50 at the end of 2007, the market’s negative sentiment towards financial stocks saw Count’s price fall to under $1.50 by early 2010. Despite earnings rebounding strongly in 2010, Count’s share price did not rebound and instead continued to decline below $1.20. The market had a negative view of all financial stocks and the fear of other ‘skeletons in the closet’ had taken over.

As a result, the share price of Count continued to decrease. Despite the market’s view, it remained apparent to me that Count was a great business that was priced very reasonably and was overlooked out of fear. Whilst others feared financial stocks, I judged that Count had a robust business model and a strong market position to be able to adapt to legislative change. I subsequently purchased significant amounts of Count shares on 28 July 2011 for $1.02, which I thought was a fair price.

A week later, on 6 August 2011, S&P announced that it would downgrade the US credit rating from AAA down to AA+. This was an unprecedented move given that the US had held a AAA rating since 1917. The announcement sent shockwaves through the market and led to a further decrease to financial stocks, including Count. On 8 August 2011, I capitalised again by investing another significant amount of funds at an attractive price of $0.90.

A few months later, I was not the only one to see Count’s true value. On September 2011, CBA announced that it would buy all of Count’s shares for $1.40 each, a premium of 40% over the price at the time. Although a purchase premium was paid, I would have preferred Count to remain a going concern business. In my opinion, Count was a great business and would have brought its shareholders even greater long term profitability had it not been taken over. Nevertheless, over a period of 5 months, I had made a 52.3% return on Count Financial.

Through times of uncertainty, it is paramount to remain objective – great companies with great founders will remain great. Provided the independent conclusion is based on sound analysis, pundit opinions should be treated as exactly that.